Haidong is the easternmost division of Qinghai province. It is bounded by Xining, the provincial capital, to the West, the Datong River Valley to the north, Gansu to the east, and the Yellow River to the south. Mountain ranges tower above the district of which the main valley is the one of the Huang Shui (Tib. Tsong Chu), a major tributary of the Yellow River. This valley stretches from west to east and makes up – together with the area around Xining, the landscape which is called Tsongkha (“Onion Valley”) by Tibetans. It has a total area of 13,100 square kilometres (5,100 sq mi).

Other Destinations in Haidong 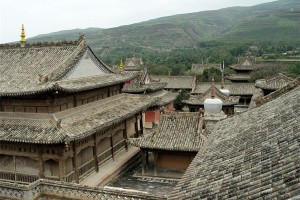 Haidong Weather and Climate describes information with temperature, precipitation, Geography, What Clothes to Wear in Haidong, weather and climate by month, climate graph, 15 days Haidong weather forecast. Find out the best time to visit Haidong and see the season highlights in Haidong. It also tells you what to wear in different seasons and Clothes packing for your Trip to Haidong. [...]

More Haidong Climate & When to Go >>

Haidong Travel FAQs and Tips introduce the city and zip codes, post offices, useful numbers, hospitals, banks for foreign exchange, Government and famous universities. When plan your trip to Haidong, view our answers to questions about Haidong travel to get better understanding of Haidong. [...]